THE LAST FRONTIERS, my preface to the new book, now available 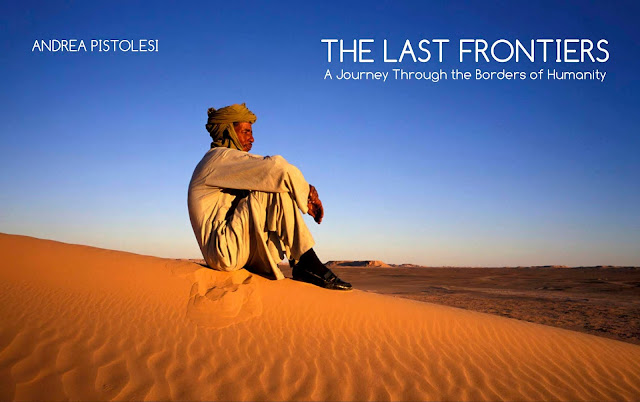 When I started photographing, about forty years ago, I was inspired by a world still full of ethnic and cultural diversity. These have rapidly dissolved towards the end of the last century, or the millennium, if we are to be more historical.  When I visited Guatemala for the first time, it was 1987, ninety percent of the population still wore traditional costumes. When I returned there, in 1998, this percentage had practically reversed: ten years had been enough to erase centuries, perhaps millennia, of culture and traditions. It was for this reason, due to the lack of important cultural varieties, that I devoted myself, in the last twenty years, the first of the new century, or of the new millennium, to the exploration of those fringes of the world where humanity lived still a pre-globalization phase.
These were the edges of the humanized world. Natural borders, where life still followed ancient rhythms because it was conditioned by the power of the environment. Or artificial, political borders, marked by history and by the contrasts of centuries. The former were already fading thanks to the rapid spread of technology, of the social networks that followed satellite television. The latter seemed destined to disappear thanks to economic globalization, the creation of free trade areas, the elimination of visas and passports. However, lines remained where contrasts and conflicts were concentrated, migratory flows and escapes from unlivable situations, walls that divided a world of apparent well-being from another that aspired to achieve the same conditions.
Then the reaction came. The opposition to the openings of the borders, the return of nationalisms, the fears of the different, have in fact slowed the commonality of thought that social networks were spreading over all humanity. In my view this is only a nostalgic and futile slowdown of a huge and inescapable process. Opening the umbrella when a dam gives way. However, it comes too late to save that cultural diversity that is now compromised. What differentiates today those who are on both sides of our political lines is only the economic condition, not the set of values ​​that everyone carries in his backpack. So these are no longer the boundaries that I was exploring before, the places where diversity was evident, confronted, sometimes exploded.
Those last cultural fringes continue to fade even when the walls are raised.
at Thursday, May 21, 2020 No comments: